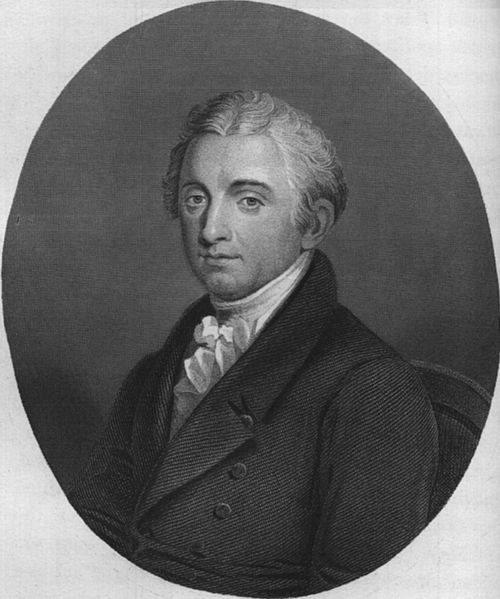 U.S. Ambassador Gouverneur Morris, a prominent American businessman, politician and Founding Father, sheltered refugees of "The Terror" from 1792 to 1793 where he resided, the former Hôtel des Patriotes Etrangers. The original building, long since torn down and replaced, was numbered 101. Today the building currently in its place is a Mercure Hotel, numbered 95.  While sheltering refugees was a compassionate act, those very refugees were seen by every day French people as wealthy oppressors...thus the French have not marked his actions in Paris with a plaque.

Note:  In this case, "Gouverneur" is a name of French descent, not part of a title.

The portrait above is "Gouverneur Morris Member of the Federal Convention of 1787." by engraver J. Rogers via Wikimedia Commons.

Read more about Gouveneur Morris in the links below:

Gouveneur Morris sheltered refugees from "La Terreur", which is French for "The Reign of Terror". What was "La Terreur"? Learn more about it in the video and link below.

For teens and adults: watch the video below for an entertaining recap of the history of the French Revolution and the context of "La Terreur".

In 1803, The United States purchased 828,000 square miles of land from France for $15 million dollars.  Why would France agree to sell this vast amount of land at the bargain price of nearly 4 cents per acre? Why did some states argue that the purchase was unconstitutional? What were the long term benefits for the USA?  Find out more in the links below:

Plaque on the Hôtel Tubeuf in Paris, commemorating the Louisiana Purchase.  Photo courtesy of Teofilo, via Wikimedia Commons.