A brief collection of resources to help you get better acquainted with French New Wave cinema. 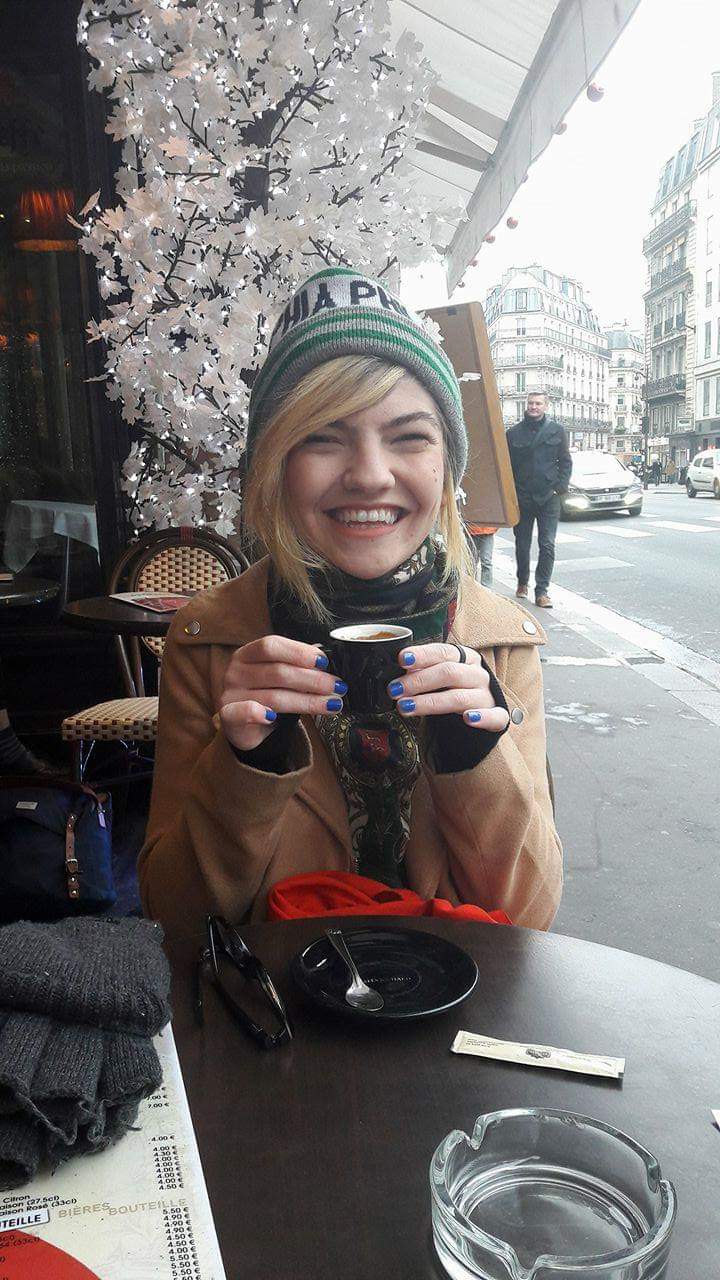 A little bit about me

Hello! My name is Sheila, I am currently a student at Drexel working to get my Master's in Library and Information Science. I also hold a Bachelor's Degree in French. In studying French, I became more acquainted with French film and even had the opportunity to study film in Paris!

Pictured above: Myself during my semester abroad taking a break from studying to enjoy some shopping and a tasse de cafe.

Hello! This guide offers a brief glimpse into one of the most influential film movements, The French New Wave (or La Nouvelle Vague in French).

Beginning in 1959, a group of film critics at the Cahiers Du Cinema had grown restless with the out of touch cinema that was being produced. So they decided to put down their pens and picked up a camera and the rest is history!

In this guide you will find links to several videos, articles and books detailing the history behind the movement. You will also be introduced to some of the films in the movement. This guide also provides some links to help you get better acquainted with the lasting effects of the French New Wave on cinema. Anna Karina and Jean Paul Belmondo in A Woman is A Woman by Godard. Godard considered this film a neo-realism musical which is a conflict in terms.

Picture above was sourced from https://weheartit.com/entry/136802066