Ways in to the Way Out: Exploring the Beverly Public Library Music Collection

The Beverly Public Library prides itself on offering one of the most distinctive circulating collections of music CDs in Massachusetts. This guide will help you dive into it a little deeper!

Let's Get Lost: Navigating this Guide

Ways in to the Way Out--this very guide you gaze upon--employs an organization scheme that is, if I might hazard a frankness, frankly haphazard. For this I take full responsibility. (But you're welcome to share the blame if you want to.)

Besides offering you a link to the Beverly Public Library's OPAC, and encouraging you to have at it, I'm providing links to resources that continue to inform our collection development (and can therefore plausibly be expected to inform a patron's process of discovery, right?). Some are digital organs of print magazines; others are blogs, review databases, even mail-order companies (some of which--not least the late, great Aquarius Records in San Francisco--have set the standard for evocative, enthusiastic descriptions of seemingly indescribable albums). Some are multi-genre, others are comparatively genre-specific. In the latter cases I will make it unmistakable from the get-go. Now get going.

After all, at least in some cases, death is relative.

Vinyl LPs were supposed to be dead, after all, killed off by the CD back in the laser-addled 1990s, remember? And yet, streaming services excepted, it'd be hard to name another musical playback format that's enjoyed more attention--devotion, even--in recent years than the LP. (Downloading MP3s is so 2003.)

But if vinyl records are sort of like zombies--a format risen from the grave to spin amongst us once again--CDs are more like the format that refused to die. In steady decline since its sales peak in 2000 (just under a billion units sold in the US), but continuing to hang on all the same, the once ubiquitous compact disc's annual sales numbers now fail to crack 100 million. But meanwhile, vinyl LPs? About 14 million of them sold in 2017, according to Nielsen Music.

The arithmetic is tapping us--us public librarians, I mean--on the shoulder, and saying, uh, hey, guys? Gals? Lots of people, people like and probably including your patrons, still care about music on compact discs. Do your job and (continue to) make it available, okay?

Of course, we librarians have other numbers we can look at, too--circulation statistics. But those numbers need to be taken with a grain of salt. I recommend using as your grain of salt some combination of the sales numbers above and the circulation statistics at libraries whose CD collections receive the kind of attention (and funding) that maybe (I say maybe) your own hasn't been getting for a while.

Or else, of course, you can just keep borrowing the Beverly Public Library's CDs through interlibrary loan. That'd be cool with us! 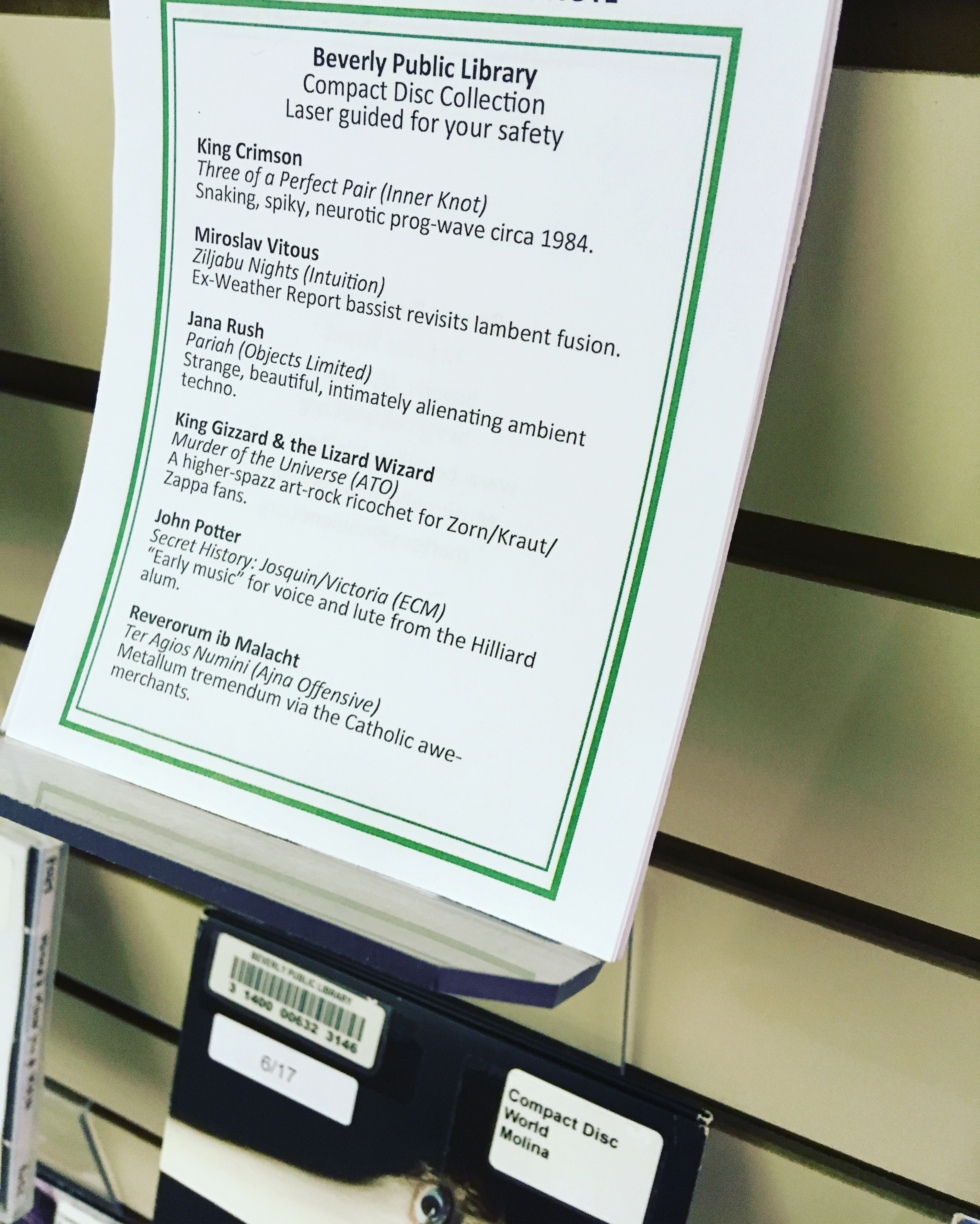 Having established (I hope) the continuing relevance of public library compact disc collections, I want to move on to the real purpose of this guide, which is to draw your attention to, and to assist you in your exploration of, our own CD collection at the Beverly Public Library.

The reason for--and, hopefully, the value in--this endeavor, is simple: the music collection at the Beverly Public Library is different. That is, while we do stock many of any particular moment's best-selling albums by the most popular artists--and yes, we order an embarrassing number of new holiday-themed CDs toward the end of every year (because people want them)--our collection has a greater focus than most on, well, Other Musics (to borrow the name of the dearly beloved and departed record store in downtown NYC): experimental music of various kinds, progressive, electronic, contemporary classical, international (traditional and very not traditional), weird jazz, loner folk, psychedelic yodeling, insane drone posses, whatever and ever, you get it. 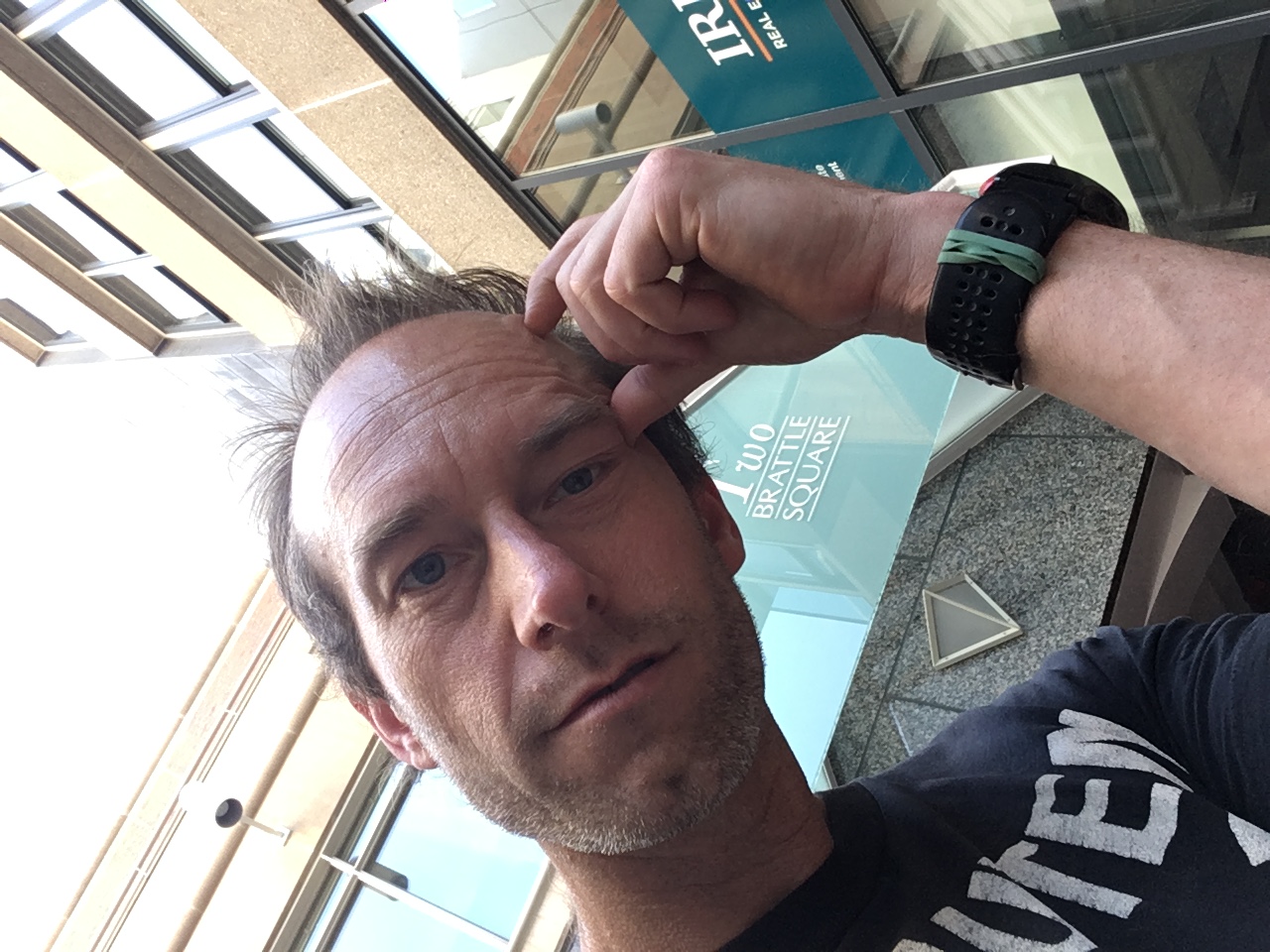