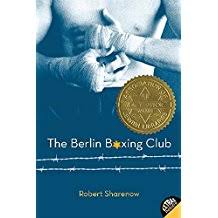 The Berlin Boxing Club is the comings of age story of fourteen-year-old Karl Stern a non-practicing Jewish boy living in Berlin, Germany during the rise of the Nazi regime with his mother, father, and sister Hildy. Soon Karl and his family are confronted with the daily challenges of discrimination and violence that are experienced in Hitler’s Germany. A chance meeting with Max Schmeling one of Germany’s most celebrated professional boxers at his father’s art gallery, Karl is offered boxing lessons in return for a painting in the gallery. Training with Max offers Karl certainty, stability, and a sense of self-reliance in an increasingly uncertain world that Karl must learn to navigate in order to keep himself and his family safe. Karl and his family experience many misfortunes as political and social discrimination intensify towards Germany’s Jewish population.  When Karl is disqualified from competing in a German Youth Tournament he stops’ training at Max’s gym, in his absence, the gym is sold and Max returns to the United States for a rematch with Joe Lewis. Max returns from his rematch with Joe Lewis defeated, losing his creditability with the Nazi party’s elite. Rioting erupts in Karl’s neighborhood that ends with Karl’s father being arrested and taken to a concentration camp. Unsuccessful in locating his father, Max helps to send Karl and Hildy to America to live with family until they can be reunited with their parents.

I selected Robert Sharenow’s novel The Berlin Boxing Club for this review because my focus in librarianship is to become a school librarian it is important for me to introduce middle years and high school students to literature that demonstrates the real-life hardships that young people are faced with surrounding circumstances that are very much out of their control, however, highlight the ways in which these challenges can be dealt with in a healthy, positive way that continues to offer personal growth and opportunities for something better for the portrayed characters. I can remember reading Robert Lipsyte, The Contender and observing how both boys and girls found the book engaging despite its sports theme and understanding that so many teens despite their cultural or socioeconomic differences have great anxiety about their present circumstances and envisioning a plan of action to change their current circumstances. While Nazi Germany may seem like a time in history that American teens may not be able to relate to, I do not think this is the case. I think in much of the urban cities of the nation it may feel as if living in a war zone and as American politics becomes increasingly focused on group identity of socio-economic class, race, gender, and culture the historical setting of The Berlin Boxing Club becomes increasingly relevant and an important teaching strategy in the classroom. 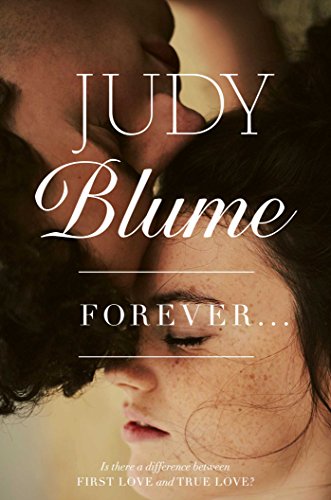 A 1996 Winner of the A.L.A. Margaret A. Edwards Award for Outstanding Literature for Young Adults

Love by Judy Blume, initially published in 1975 is probably the first novel that was targeted to the teen population that developed as the children of the post-World War II veterans grew older. The novel is unique in articulating the natural curiosity and desire that both boys and girls have about relationships while removing the feelings of guilt and inappropriateness society often places on how boys and girls experiment and navigate this new stage in their lives. Love takes the reader along Katherine Danziger’s journey through the peaks and valleys of her first romantic relationship.  Katherine meets her first boyfriend Michael Wagner at a new year’s party and the two develop a relationship. As a senior in high school, Katherine is eager to have her first sexual experience with Michael whom she believes she has fallen in love with and will love forever. Different challenges that are unique to teens as they struggle to find stability in the people they are becoming and who they want to be are presented by minor characters in the novel like Erica, Katherine’s best friend who offers a more realistic perspective on love relationships relative to Katherine’s romantic point of view. Erica too develops a romantic relationship with Michael’s friend Artie who has difficulty in coping with personal insecurities to the extent that he confides to Erica that he has suicidal thoughts. Another minor character Sybil Davison probably best illustrates the real-life consequences of being sexually active when she becomes pregnant and must give her baby up for adoption. When Katherine and Michael finally do have sex Michael gives Katherine a necklace with both their names engraved with the word forever. The necklace seems to foreshadow the difficulty that Katherine and Michael will have in realizing the sentiments of the necklace as the two are separated throughout the summer.  It forces Katherine to ask herself what actually makes a relationship last forever?

Despite being written over forty years ago, Love provides a contemporary perspective on the challenges teens must contend with in cultivating romantic relationships. In the current over-sexualized society that today’s teens must navigate it is too simple to assume that teens are sexually active or will plan to be and must be educated on preventive measures against unwanted pregnancies and sexual diseases. In my experience as a high school teacher, many students expressed that they were not sexually active and were still very uncomfortable engaging with the opposite sex. This novel reminds us teens today is still learning to cultivate interpersonal relationships and to assume that most teens are sexually active puts greater pressure on teens to become sexually active because of the expectation by others. In recent years I observed many students abstaining from sex but still wanting to have open communication about their feelings and concerns about sex. I think this book is a great first step in opening up the lines of communication between teens and adults about sex so that teens have the tools to develop safe and healthy relationships.