An excellent guide to all three sites listed. This provides many images in connection to easy to read text meant for those interested in the period and those who wish to visit the sites.

Wace was one of the major heads of excavations at Mycenae during the British led excavations. This works and his many others, while including some outdated information, provide insight to Mycenae and the Mycenaean period in general.

Mylonas is one of the other major figures of Mycenaean archaeology and the excavations at Mycenae. This work and the dozens of others he has authored are excellent resources for Mycenae. 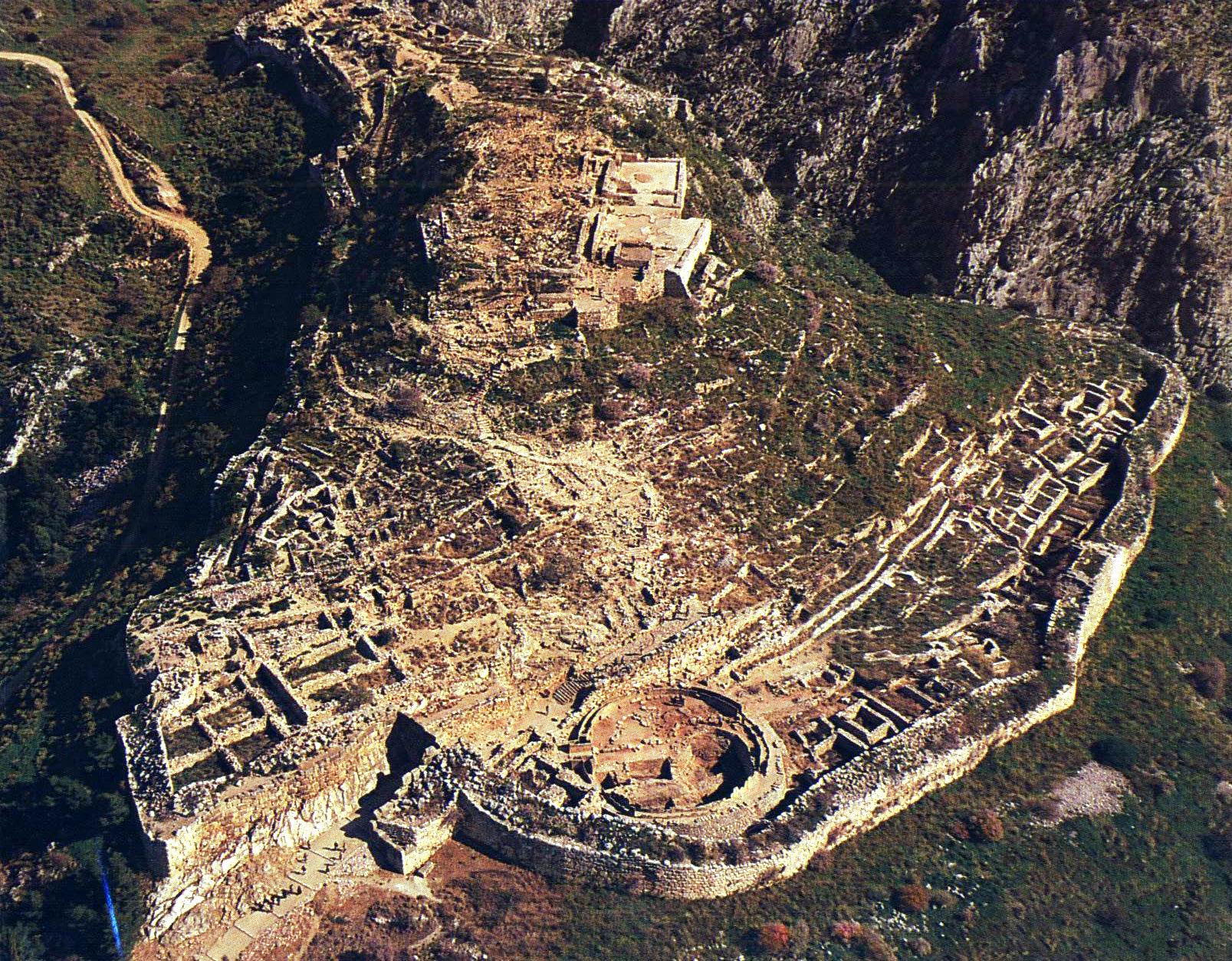 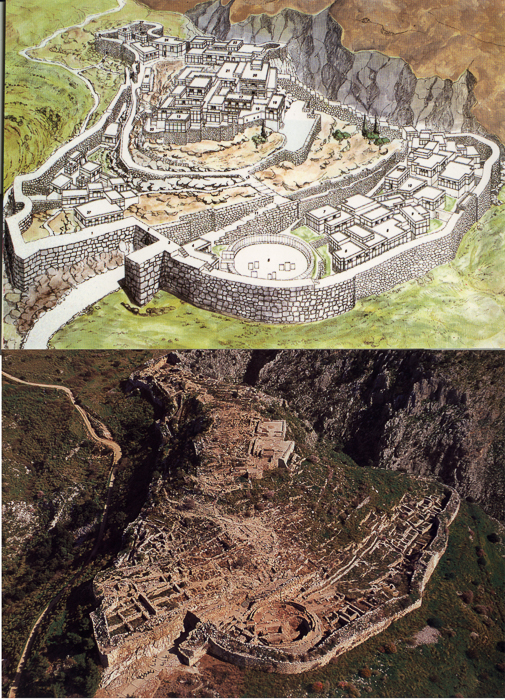 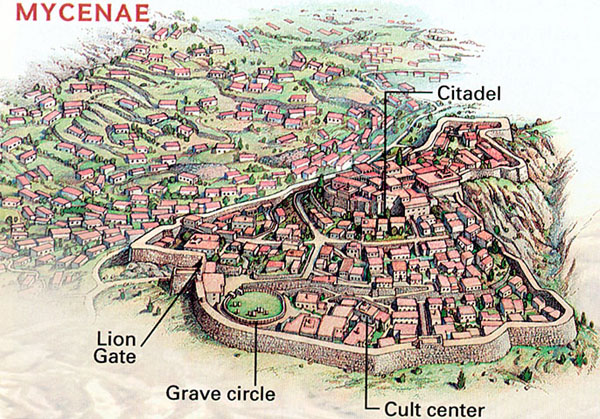 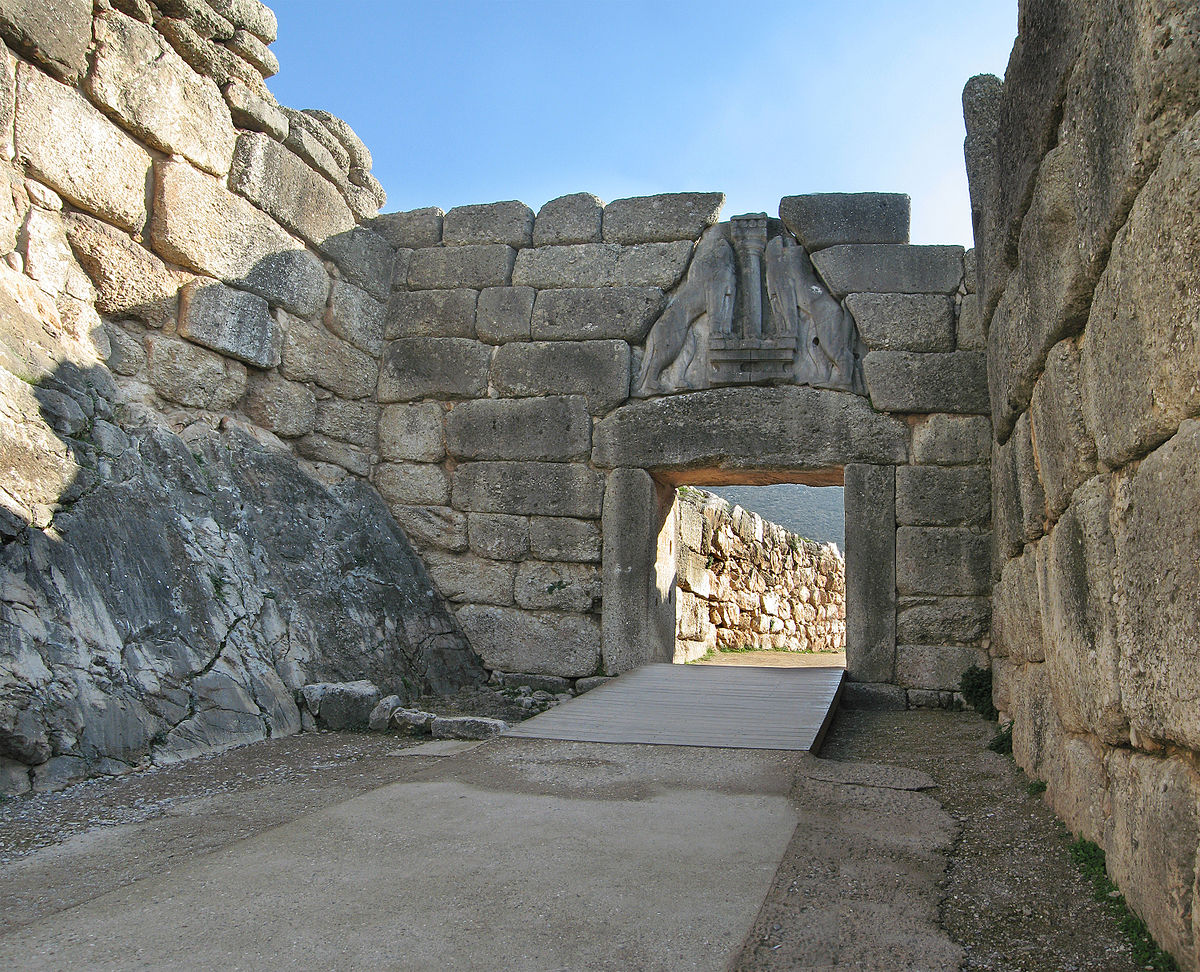 Mythologically, Mycenae was founded by the demigod and hero Perseus. The citadel is built on a strategic triangular hill (278m) 15km from the sea giving it a commanding view of the Argive Plain. Two higher peaks, Profitis Ilias (750) and Mt. Zara (600m) partially hide the citadel. a circuit wall of 900m in length surrounds the citadel enclosing an area of roughly 30,000 square meters. The wall is not continuous and remained open along a sheer cliff face, leaving the two main gates (Lions Gate and Postern Gate) and a sally port as the only entrances/ exits. The gates were designed to funnel enemies into a kill zone were they would be attacked from all sides. Inside the walls were religious areas, Grave Circle A, domestic dwellings, workshops, a hidden cistern, and a Palace. The palace is laid out as a megaron (23m by 11.5m) with attached rooms. The throne room is the main room and consists of a hearth and four pillars in the center with a throne on the right wall. The room was richly decorated on all surfaces from floor to cieling. Surrounding the citadel a large town covered the area, and is referred to as the lower town.