Methods of Chinese Cataloging: Searching in a Chinese Dictionary

Searching in a Chinese Dictionary

The goal of the next two sections - Radicals and Searching in a Dictionary - is to help people who are accustomed to alphabetic languages understand the concepts behind searching through a dictionary comprised of Chinese characters.

Radicals are necessary to use a Chinese dictionary.

A Demonstration of Radicals with English Words

For those people are accustomed to an alphabetic language, the following photo illustrates the concept of radicals by using English words, each of which is rearranged into a form that resembles a common pattern in Chinese character composition. Underneath each example, the word it written out, and the "radical" in each example is described.

After understanding radicals, someone can begin to navigate through a Chinese dictionary.

a.   It is first necessary to know how many strokes it takes to write your given radical.  For example, The letter O is written with one stroke of a pen or pencil, the letter T requires two strokes, and the letter F requires three. 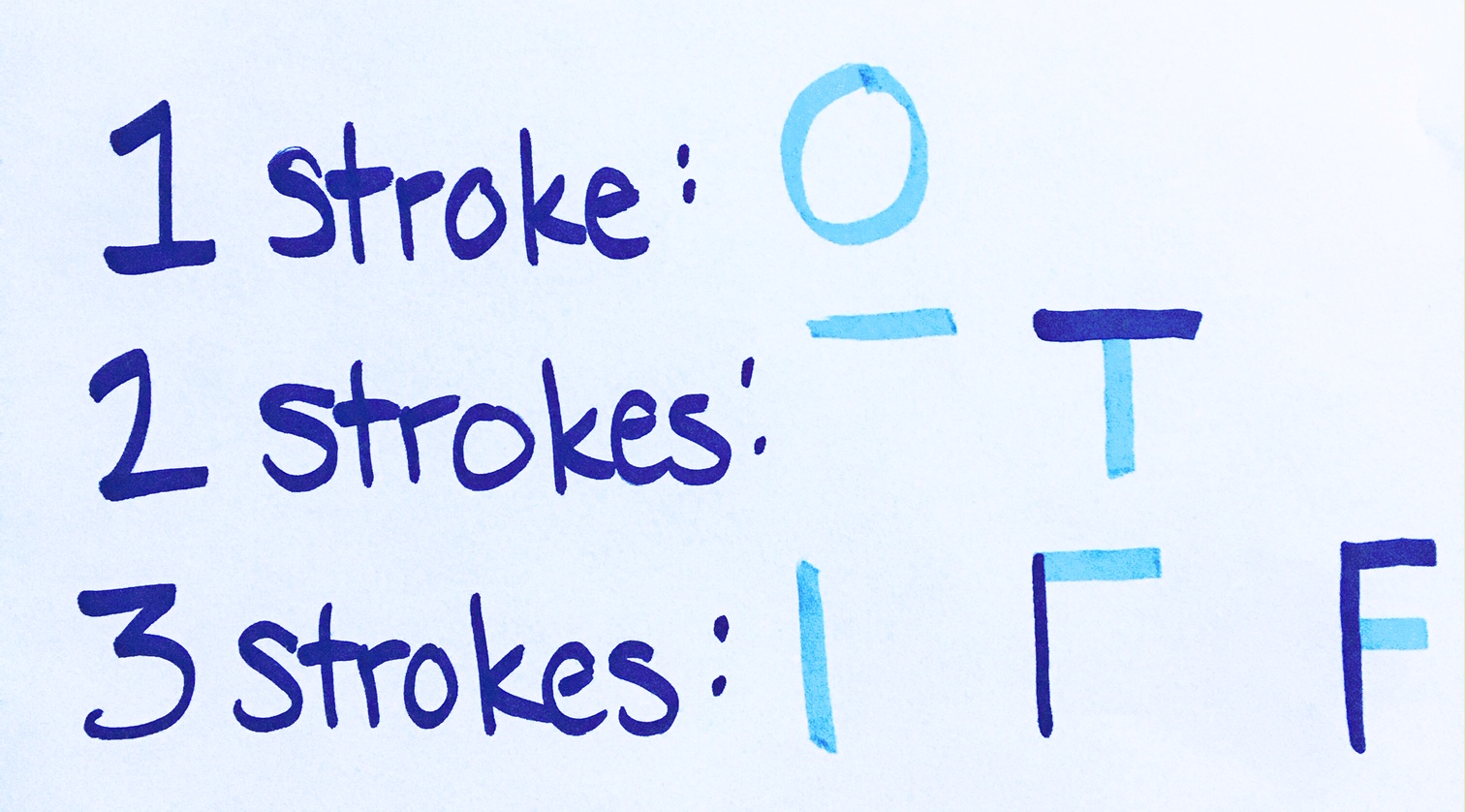 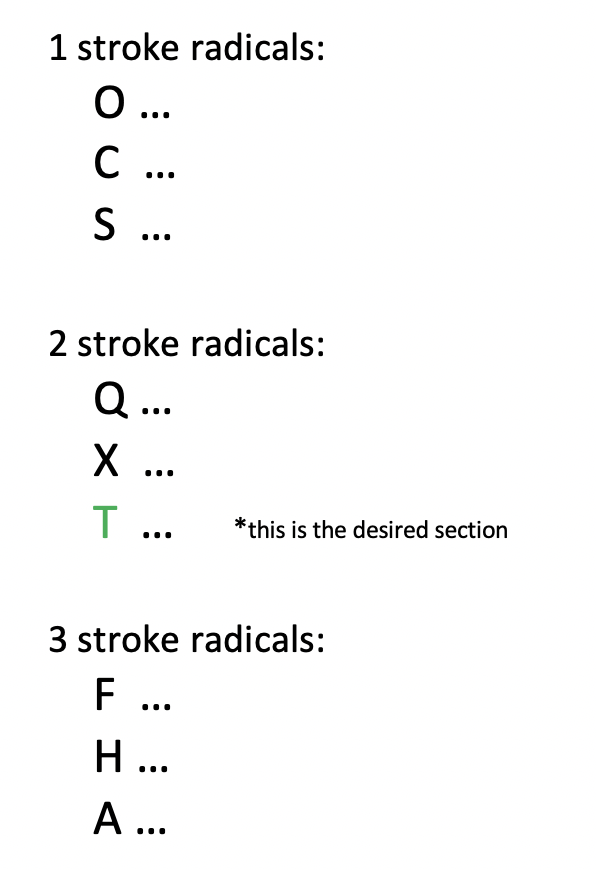 * The word CAT in this example requires 4 strokes to finish being written:

* The word TAX in this example requires 5 strokes to finish being written: 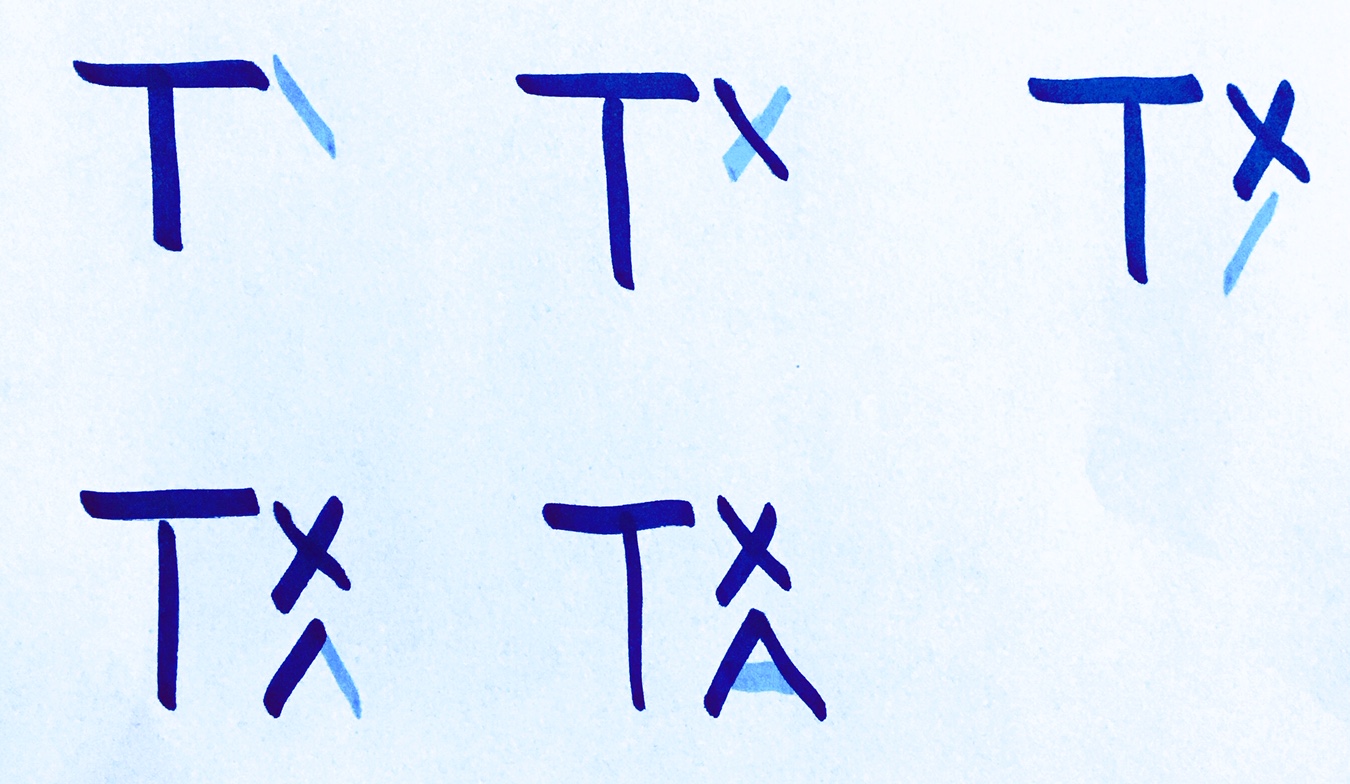 * The word FAT in this example requires 6 strokes to finish being written: 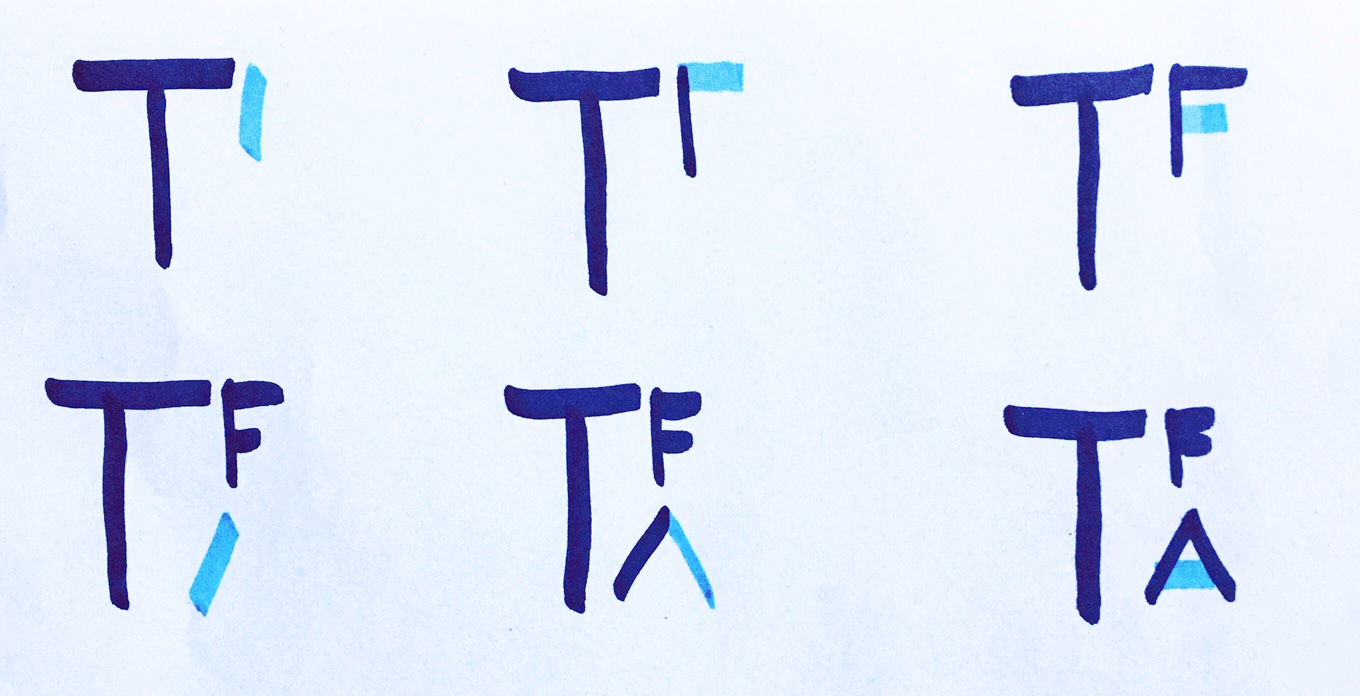 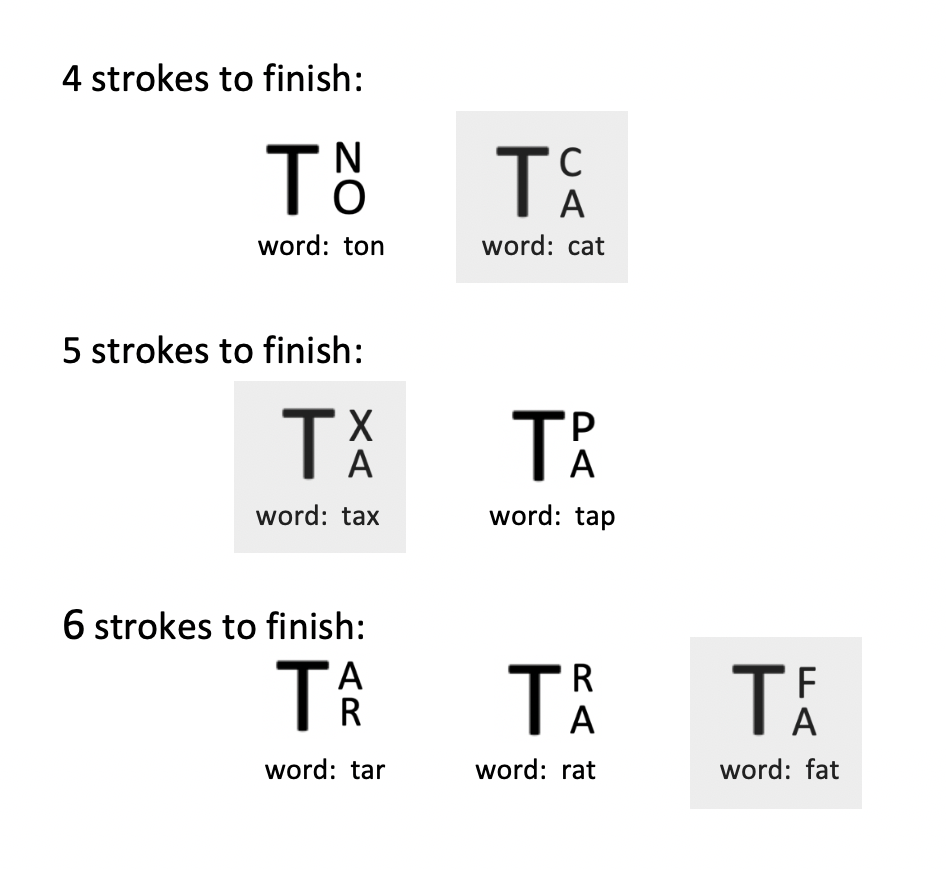 Now that you - hopefully - have an understanding of how to search through a Chinese dictionary, feel free to watch the following short video which demonstrates with an actual Chinese character, GBTIMES (2013):