Today, Pinyin (拼音), or “spelled sounds”,  is widely is used to utilize the Latin alphabet to help people learn the of Mandarin Chinese words.

Pinyin was created by the Chinese government in 1958 and was based on earlier attempts to use the Latin alphabet to spell out Chinese characters accurately. It was then introduced to primary schools as a way to teach Standard Chinese pronunciation, and was used to improve the literacy rate among adults. In the 1980s, Pinyin began to become popular internationally, eventually leading the Library of Congress to restructure Chinese collection from the Wade-Giles System into Pinyin nationally.

A great number of modern dictionaries published today arrange their entries by Pinyin alongside radicals indexes. So, users can search by radical or by pronunciation.

Changing from the Wade-Giles System to Pinyin in the US

In the US, in 1997, the Pinyin Conversion Project - Library of Congress (2005) - was announced by the Library of Congress, and it was announced - Library of Congress, (1999) - that the romanization of all Chinese records would be in Pinyin in the future. At the time, the two largest online union catalogs in the world, OCLC's WorldCat and the RLG Union Catalog,l used Wade-Giles. 2.3 million Chinese-language records were housed in the RLG database alone. However, by the end of 2002, there were over 3.3 million Chinese-language records in the RLG Union Catalog organized through the use of Pinyin. 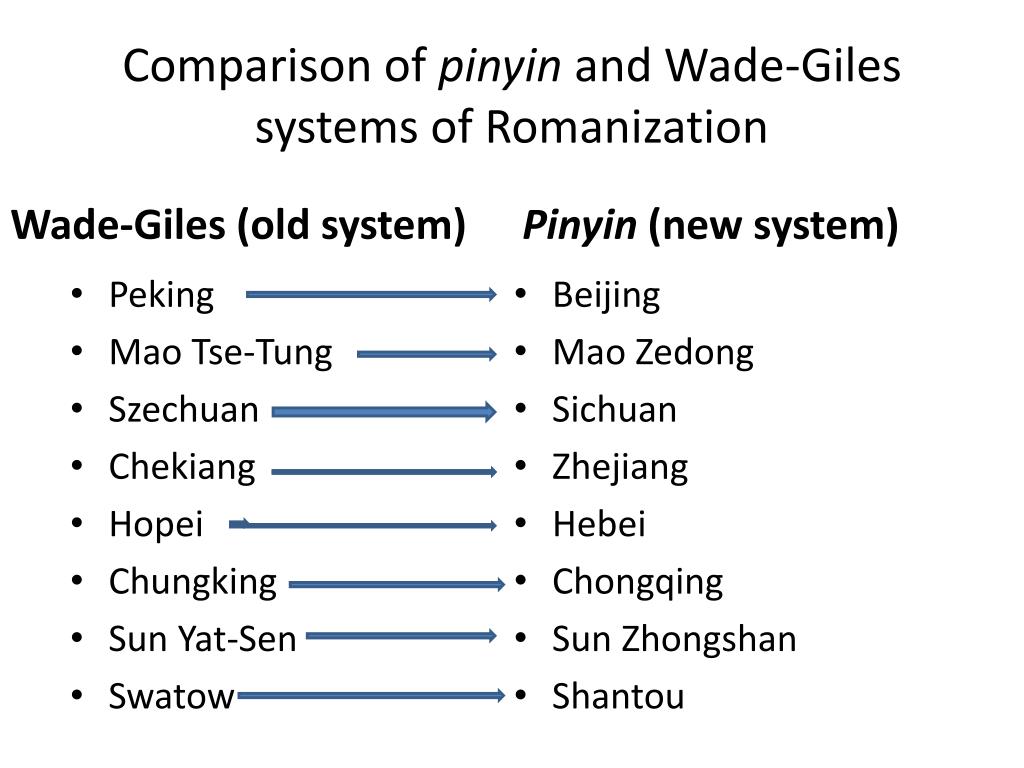 The following video also gives insight into the differences between the Wade-Giles System and Pinyin by comparing the name of China's capital city, Beijing, in both systems, Name Explain (2019):

Another important difference worth noting is how both systems vary in transcribing the tones for each character. In the Wade-Giles system, a superscript number was written to show which tone should be used. Pinyin, instead, puts an accent over the first vowel pronounced while saying a given character. 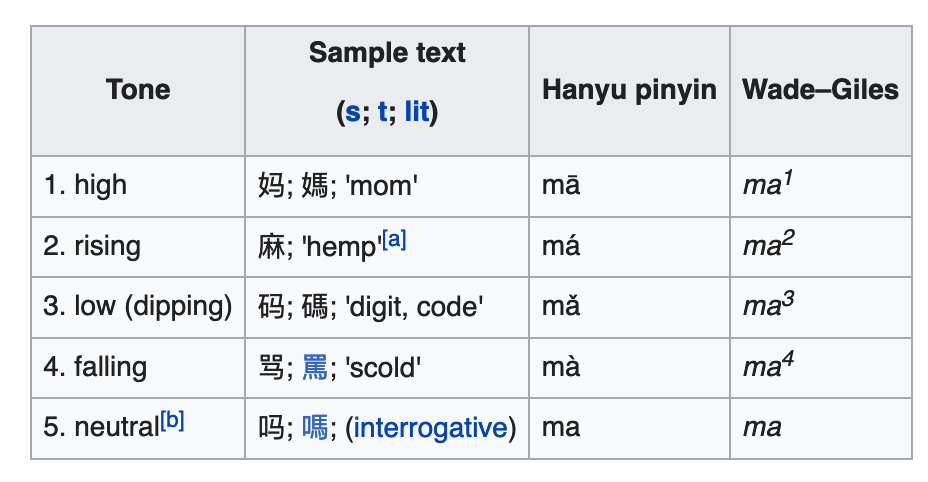 While tones are not used in Western languages the way that it is used in Chinese, the video below, mace by idocanspearkchinese (2010), summarizes the various ways a tone can affect the same word, inevitably changing its entire meaning:

Pinyin has been incredibly enable for Chinese writing. However, one adverse effect may potentially be occurring, which is similarly being experiences in the US. The lack of physical writing may potentially by leading people to regress in their ability to remember how to hand write certain characters - similar to how the US is beginning to have difficulty with writing in cursive, as outlined by Frahm, R. (2005).

The final video included in this section provides an interesting perspective on this international phenomenon through the perspective of Chinese writing, Asian Boss (2018):